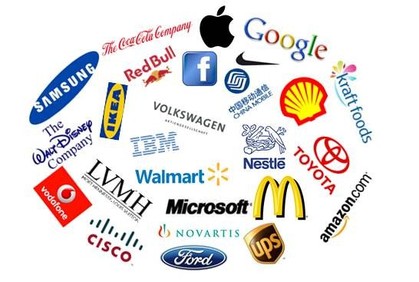 Results are in for Eurobrand’s Global Top 100 – a ranking of global brand values that looked at more than 3,000 corporations across 16 industries in America, Asia, and Europe – and they reflect worldwide demand for iPads, soft drinks, and Internet services. American “I.T. & Technology” and “Consumer Goods” companies dominate the top 10. Apple, whose brand’s worth increased 9.8% from 2012, remains the corporation with the world’s most valuable brand at €110.034 billion, followed by the portfolio of Coca-Cola (€67.224 billion) and Google (€55 billion).

The top Asian company is China Mobile at #10, which ranks one above fellow telecom AT&T at #11. As well, the Chinese phone company is the only non-U.S. entry in the top 10. Other high-ranking Asian brands are South Korea’s Samsung and Japanese automaker Toyota.

In the ranking, 43 firms are from Europe but European brands number only eight among the global top 30. France’s LVMH is still the most valuable brand in Europe and at #12, the highest ranking European name on the list. Nestlé, the Swiss food and drink giant at #15, saw a substantial leap in value – it’s up €6.89 billion from last year.
Of the 100 on the list, 13 are German companies. Carmaker Volkswagen, at #23, is the top-ranking German brand with a worth of €23.121 billion. In addition, Volkswagen showed the biggest growth in Europe, increasing 25.1%. Allianz wraps up the list at #100 with a brand value of €9.574 billion.

While brands from Europe generally lagged behind those from America, all members of the European top 10 made gains in value in the past year. U.K.’s liquor conglomerate Diageo had the highest jump, moving four places up to become the eighth most valuable European brand corporation. Meanwhile, three German corporations are in the European top 10: Volkswagen, advancing two spots to #6, BMW inching up one spot to #9, and BASF, also up one to #10.

Three German brands are also among the European bottom five: new entry Henkel, a consumer and industrial products maker based in Düsseldorf, is #40, retailer Rewe is #42, and insurance behemoth Allianz, another new entry, is #43.

In summarizing this year’s findings, Gerhard Hrebicek, director of Eurobrand and president of the European Brand Institute, concludes that “Europe shows double the quantity of brands, whereas North America shows double the value performance compared to Europe.”