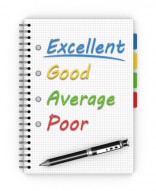 European companies made a modicum of progress in Barron’s 2013 annual ranking of the Top 100 Most Respected Companies. Last year, only Switzerland’s Nestlé, the world’s biggest food maker, made the top 20. This year, two European firms made the top 20 – Nestlé, which dropped from #9 down to #16, and the Anglo-Dutch food and household-products giant Unilever at #11.

(A note on the methodology – Barron’s only considers the 100 biggest companies by market cap. There may be firms with even better reputations that are not among the 100 biggest.)

Of 2013’s 100 top-ranked corporations, 48 are American, 28 are European and only four are German. The mean score of all companies in this year’s ranking is 2.27 versus last year’s 2.14, showing a rise in perceived reputation across the board. Given European firms’ sizes and profits, why are there none in the top ten?

Well, it should come as no surprise that Barron’s is focused on its home turf. Traditionally, the survey is skewed toward American companies – the investors polled are U.S.-based and generally focusing on the domestic market. Also, the U.S. is home to most of the world’s largest corporations and investors are particularly drawn to those with well-known names.

There are nine European companies with an average reputation score lower than 2.0, mainly in the energy and banking sectors. BP, at #89, is still suffering from the legacy of its 2010 Deepwater Horizon oil spill. Meanwhile, banks continue to be held in low esteem, likely as the result of the 2008 financial crisis. All four German companies on the list performed above the average score.

Because the composition of the rankings is partly related to market cap, stock market performance is a strong contributing factor. Consider this – the Dow Jones Industrial Average is up 18% this year to date. In contrast, the Euro Stoxx 50 only inched up 1.7%.

Overall, it seems like European companies have their work cut out for them in improving their standing and name recognition in the U.S. investor community. Here’s one way they can improve their standing next year – boost their stock returns.